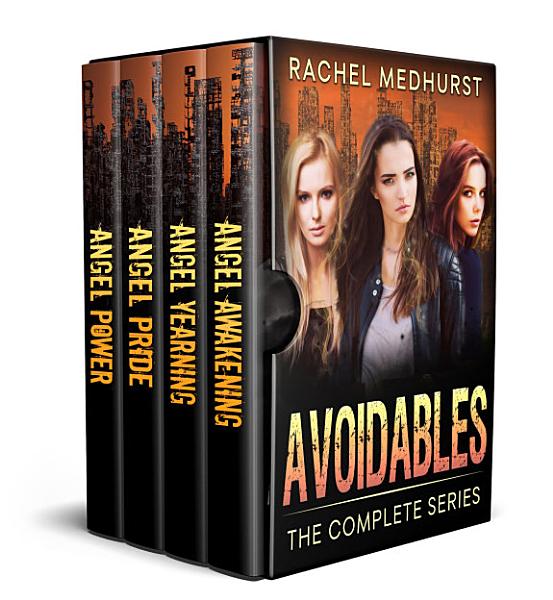 Our city is divided. Not just by the river that separates poor from rich, but by a government who throws away people who are not good enough. We're Avoidables, a race of people who have been shunned, judged and persecuted for the way we look and the rare gifts we have. We're ready for justice, we're ready for war. We're ready to seek vengeance for lifetimes of hatred. We've become dangerous.

And, yet, a small glimmer of hope arrives in the form of angels. Integrating themselves into the government, they're working to bring the city under control. They claim that love conquers all, but after hundreds of years of neglect, the Avoidables battle to find their love story. Until now.

This is the complete Avoidables series.