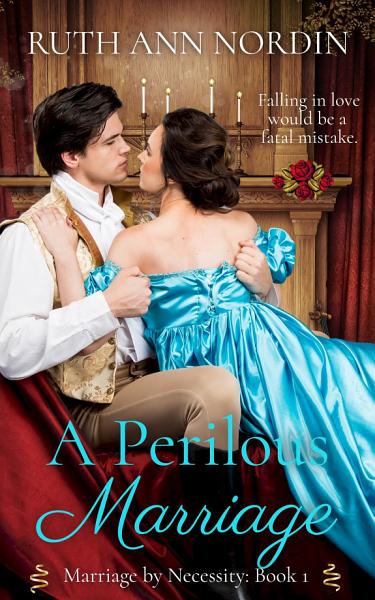 All Eris wants is a love match…

Miss Eris Tumilson longs for a love match. Unfortunately, being a wallflower who spends most of her time reading and doing embroidery isn’t the kind of thing that attracts gentlemen. But, at long last, the spinster gets her chance. Her brother arranges a marriage for her with the Duke of Jowett.

When her new husband dies on their wedding night, her hopes are dashed. There will be no love match. There’s not even the prospect of a child on the way. Though a widow, she might as well still be a spinster.

Then Mr. Charles Duff comes along to visit her, and something begins to stir up within her that she was determined to put behind her once and for all: the desire for a love match.

All Charles wants is to prove his friend was murdered…

Charles would rather focus on his investments than take a wife. But when his friend dies on his wedding night, he knows it’s not from natural causes. His friend was murdered. And he’s sure Eris did it.

The problem? He has to prove it since no one believes him. So he comes up with a plan to make Eris believe he’s fallen in love with her.

Little does he realize that as soon as he steps through the doorway of her townhouse, he’ll start to discover that this shy wallflower is a hidden gem among ladies…and it’ll be difficult to tell the difference between pretending to be in love and really being in love.