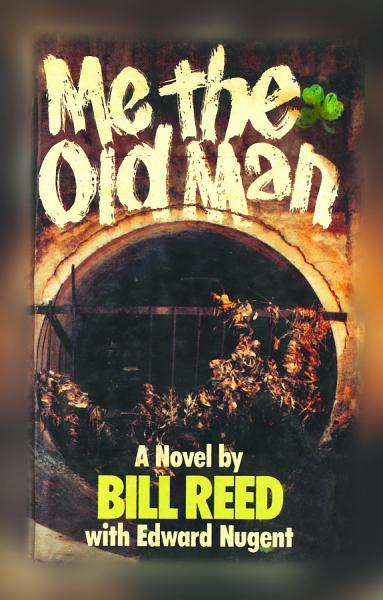 Me The Old Man

‘I not only write books. I am this book.  The actual person or persons.’

After a flash flood in 1965 an elderly man became trapped down a Sydney parkland storm drain.  Children discovered him but did not tell their parents.  Instead they fed him a biscuit and a little water once a day for three weeks.  When he was finally rescued, the flesh on his legs had become putrescent.  He could not remember how long he had been down there.

Bill Reed extends this situation to explore the interaction of innocence and inhumanity that is so prevalent in these days of random violence.  Here, the old man, like so many others, has come to Australia with all the hopes of regeneration.  But the sun has not shone on him very much and his brother and sister have disowned him.  He has had to live in sordid hostels and to endure the barbs of a society that pays respect only to the fittest.

As his minds drifts, the old man dreams he is back home in Belfast.  He has got beyond the smell of his own rotting flesh and the fleas and rats.  He no longer feels the cold or works up the desperation to plead with the children to get help.  He floats mentally, waiting for the final water-rush of the coming last storm.  And as he does so, the author uses himself as a character to the story, as one of the brutalisers, the sheer fact of writing about the old man in this terrible state possibly morally aligning him to the teasing, torturing children.  Using Edward Nugent’s ‘real’ writings to give an authentic voice to the old man doesn’t help his frame of mind either.

Bill Reed has been involved in writing and publishing for most of his life, in Australia, Britain, Canada and the Subcontinent.  He has had nine plays professionally staged and has written thirteen novels, including ‘1001 Lankan Nights’ books 1 and 2.  He has won national awards in playwriting, short story and novel categories. He now resides in Sri Lanka.

Edward Nugent was born in Belfast in 1900 and migrated to Australia after WW2, eventually living in a Salvation Army home in Adelaide where his major preoccupations were his manual typewriter and his old ‘fiddle’. He tragically died in a room fire in 1979, two days after receiving an advanced copy of this book. The quote above was his reaction.