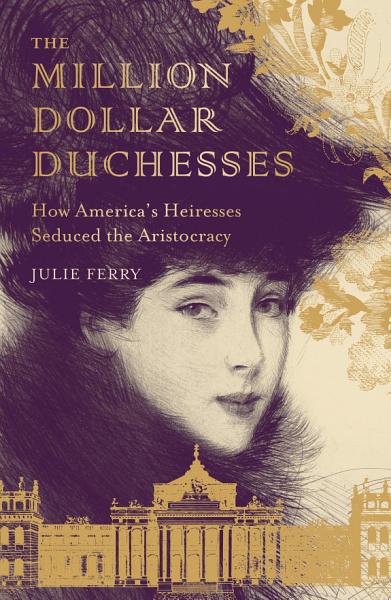 On 6 November 1895 Consuelo Vanderbilt married Charles Spencer-Churchill, 9th Duke of Marlborough. Though the preceding months had included spurned loves, unexpected deaths, scandal and illicit affairs, the wedding was the crowning moment for the unofficial marriage brokers, Lady Minnie Paget and Consuelo Yzanga, Dowager Duchess of Manchester, the original buccaneers who had instructed, cajoled and manipulated wealthy young heiresses into making the perfect match.

Fame, money, power, prestige, perhaps even love – these were some of the reasons for the marriages that took place between wealthy American heiresses and the English aristocracy in 1895. For a few, the marriages were happy but for many others, the matches brought loneliness, infidelity, bankruptcy and divorce.

Focusing on a single year, The Transatlantic Marriage Bureau tells the story of a group of wealthy American heiresses seeking to marry into the English aristocracy. From the beautiful and eligible debutante Consuelo Vanderbilt, in love with a dashing older man but thwarted by her controlling mother, Washington society heiress Mary Leiter who married the pompous Lord Curzon and became the Vicereine of India, Maud Burke, vivacious San Francisco belle with a questionable background, this book uncovers their stories. Also revealed is the hidden role played Lady Minnie Paget and Consuelo Yzanga, Dowager Duchess of Manchester, two unofficial marriage brokers who taught the heiresses how to use every social trick in the book to land their dream husband.

The Transatlantic Marriage Bureau dashes through the year to uncover the seasons, the parties, the money, the glamour, the gossip, the scandal and the titles, always with one eye on the two women who made it all possible.